International Women’s Day: a month since the launch

The Book Fairies launched on International Women’s Day, with titles from the Our Shared Shelf book club popping up in 26 countries around the world. What has happened since our launch?
As one of our official book fairies, Emma Watson launched the campaign from New York, doing her own book drop around statues and monuments of significance to women.

What has changed in a month?

Since our launch, we have heard from thousands of people around the world who want to join in. Initially planning to send a total of 2,000 stickers out for free, we were so thrilled by the worldwide response that we sent over 40,000. There are now book fairies in 85 countries and counting… including as far reaching as Guam, a tiny island between China and South America. The response has been phenomenal.

We now offer French and Spanish versions of the stickers, too, and many more languages to come!

On this map we’ve plotted the addresses to which we sent free stickers in March: 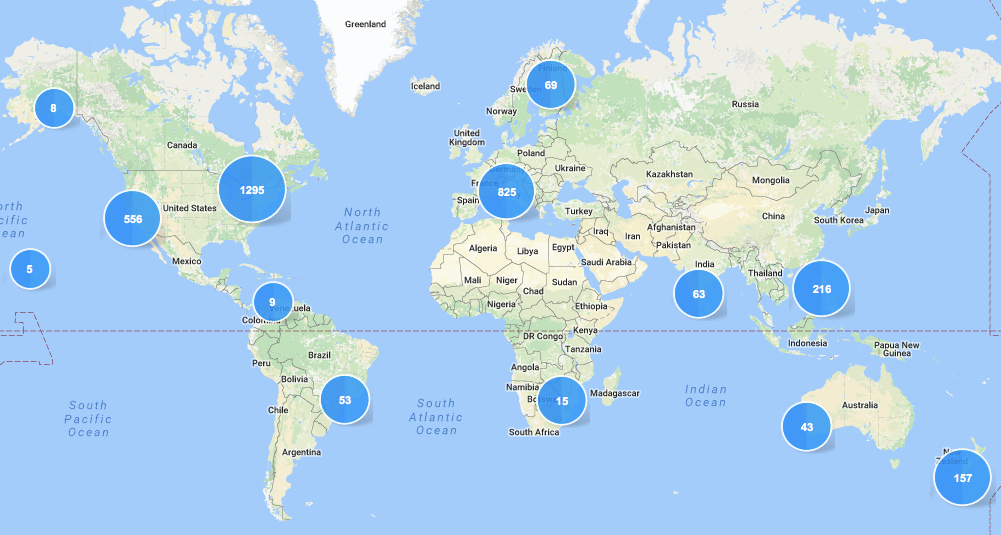 We would really love to get some free book sharing happening in Africa, and other places that haven’t got book fairies stickers, and hope that this will develop in the future. 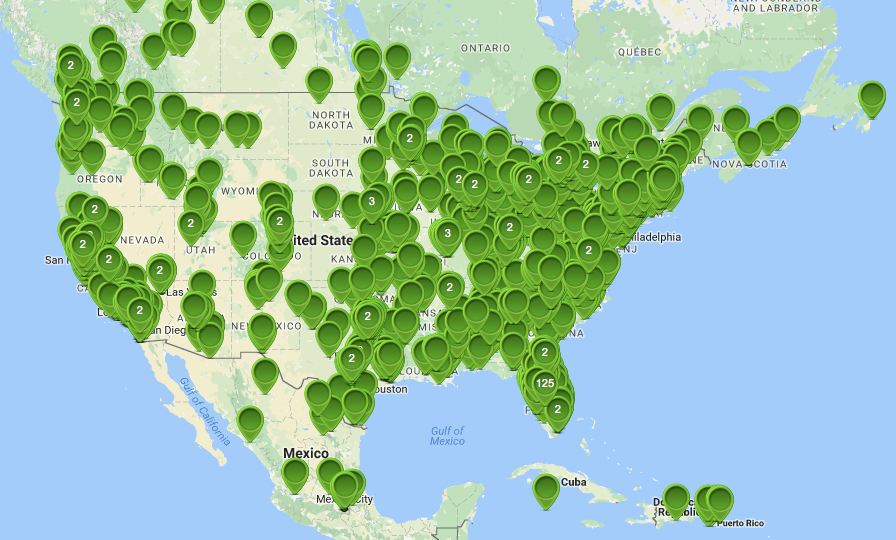 These have been the most popular areas for sticker orders up to mid-March, but even since this, many more countries have been in touch!

How can people get involved?

Though we can no longer offer the stickers for free, they aren’t expensive, and people around the world can order at ibelieveinbookfairies.com. We also now have dark green The Book Fairies ribbons for people to tie around the books – and these can add something a little special to your book drop. One you receive your stickers, pop them on books you’d like to give away, then go and find special places in your neighbourhood to hide them.

What is the best thing that’s happened in the month?

We love seeing everyone’s pictures, of where they decide to do their book drops. We try to choose places of historical or cultural interest, and add some info about the location on our posts. We have started to see people do this in other cities, too, so we are learning about all sorts of monuments, statues and art pieces!

Also, we love seeing people put their own twist on things. Sometimes they will include a handwritten note inside, or use a ribbon that suits the book. Often people will translate our sticker into the common language of that country and pop a post-it note on the front too!

Some of the striking pictures that have been shared

Waiting outside the Feldgerrenhalle RIGHT NOW in central Munich, Germany in a copy of The Fault in Our Stars by John Green… The title of John Green’s 6th book is inspired by Act 1, Scene 2 of Shakespeare’s play Julius Caesar, in which the nobleman Cassius says to Brutus: “The fault, dear Brutus, is not in our stars, / But in ourselves, that we are underlings.” About the location: The Feldherrnhalle is a monumental loggia on the Odeonsplatz in Munich, Germany. Modeled after the Loggia dei Lanzi in Florence, it was commissioned in 1841 by King Ludwig I of Bavaria to honor the tradition of his army. #ibelieveinbookfairies #thefaultinourstars #johngreen @johngreenwritesbooks #faultinourstars #odeonsplatz #germany #munich #feldherrnhalle #booksingermany #booksinmunich #thebookfairies #bookfairies #bookfairy #bookfairiesworldwide #books #freebooks #ya #youngadultfiction #lovebooks #booklove

Look out, New York! There are some treats hidden in Central Park this lunchtime… Look out for books on the Alice in Wonderland statue just north of the Conservatory Water at East 74th Street. Thanks to @nicool.story.bro for being a book fairy today! About the location: Alice and her cast of storybook friends found their way to Central Park in 1959, when philanthropist George Delacorte commissioned this bronze statue as a gift to the children of New York City. Inspired by the zany characters of the Lewis Carroll classic Alice’s Adventures in Wonderland, the sculpture was also meant as a tribute to his late wife, Margarita, who read Alice to their children. Engraved around the statue are lines from his nonsensical poem, The Jabberwocky. #ibelieveinbookfairies #centralpark #newyork #newyorknewyork #america #usa #aliceinwonderland #lewiscarroll #jabberwocky #poetry #statue #thebookfairies #bookfairy #bookfairies

Andie and our first avian book fairy Blue have received their stickers in Florida, U.S.A! Andie says: “Blue is a parrotlette and an amputee. Because of the loss of his right foot, he couldn’t do much but sit there. A little while later, he learned to adapt to his disability and managed to get around. Today he is happy and healthy!” Please join us in welcoming Andie and Blue to The Book Fairies! We look forward to seeing their book choices out in the wild ? #ibelieveinbookfairies #avian #bird #parrotlet #thebookfairies #bookfairies #florida #southbeach #parrot #birds #stickers #bookfairy #usa #america

Future plans for The Book Fairies

Every day, something new and exciting comes up. We’re busy putting together all our ‘official’ accounts on social media, which will share all book drop pics from those areas, and we are in touch with book clubs and other book sharing projects around the world.

We are also excited to be working with some publishers, and we had our first publisher campaign just yesterday! Across the UK, book fairies hid copies of Chris Packham’s new book, his memoirs, titled Fingers in the Sparkle Jar. It went down so well, and as we had a British Wildlife theme, we were lucky enough to visit some amazing natural centres up and down the country.

We have been so, so busy over the last month. Pretty much every email we have received has been one where we’ve thought “Oh wow, that is such an amazing opportunity!”. Your emails have not been ignored – we are getting through the backlog now and hope to hear from lots more people in the future too! The email is bookfairyemail@gmail.com.

6 thoughts on “The growth of The Book Fairies: One Month On”