Book lovers were ecstatic to find copies of this brilliant book all around Paris! The books included a message from Emma herself! Read  more. 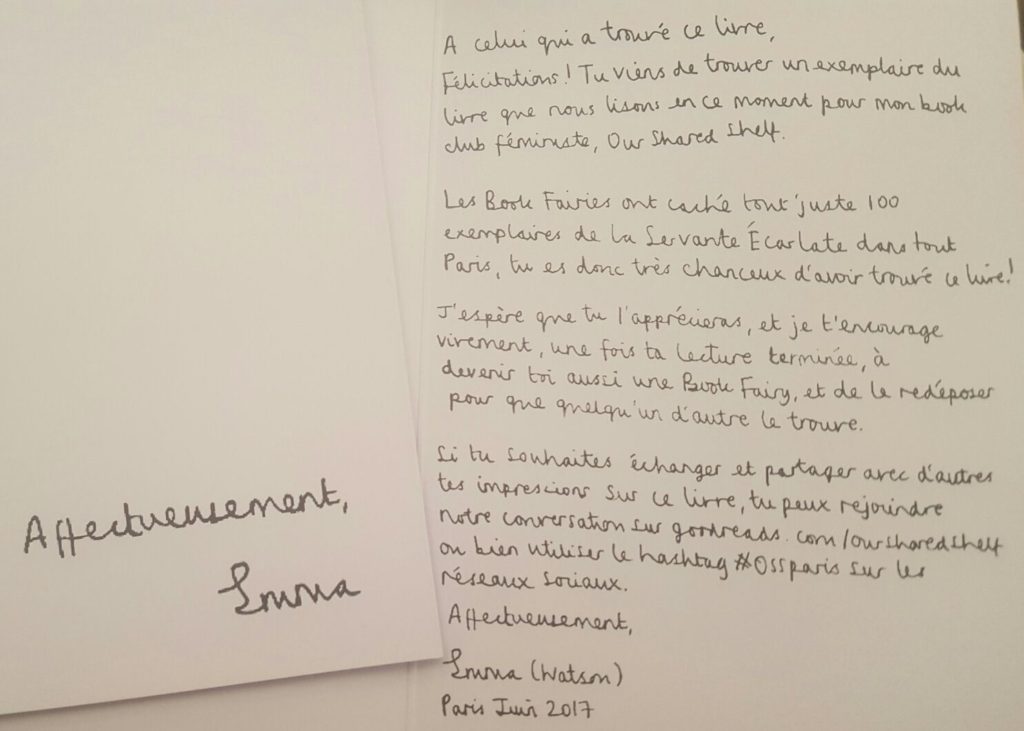 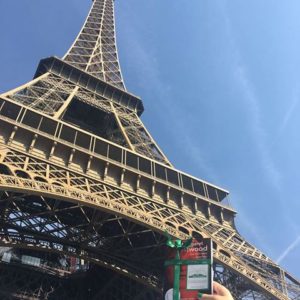 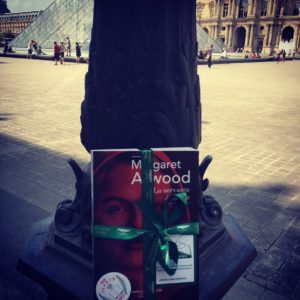 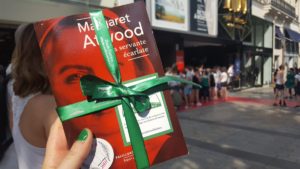 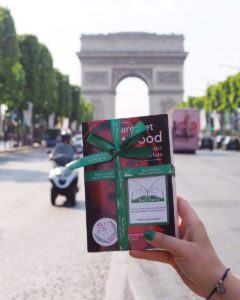 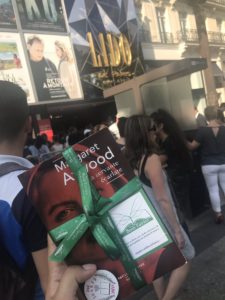 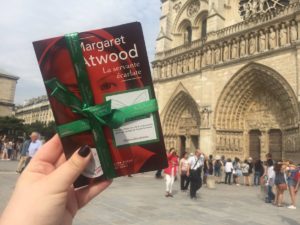 A lucky finder of The Handmaid’s Tale in Paris today was also lucky enough to have it signed by Emma at The Circle premiere! #OSSParis #emmawatson #thecircle #handmaidstale #thehandmaidstale #thebookfairies #ibelieveinbookfairies

Emma is being a book fairy today!! Look out for even MORE copies of The Handmaid’s Tale around Paris – and head to @emmawatson to see the video ? Emma’s tote bag is from www.ibelieveinbookfairies.com/shop ? #OSSParis

We were honored and delighted to know that the #OSSPARIS campaign was featured in news and media platforms WORLDWIDE! Below are just a few of the many articles which features this incredible campaign between the Book Fairies and Emma Watson in Paris –

Offred is a Handmaid in the Republic of Gilead. She may leave the home of the Commander and his wife once a day to walk to food markets whose signs are now pictures instead of words because women are no longer allowed to read. She must lie on her back once a month and pray that the Commander makes her pregnant, because in an age of declining births, Offred and the other Handmaids are valued only if their ovaries are viable. Offred can remember the years before, when she lived and made love with her husband, Luke; when she played with and protected her daughter; when she had a job, money of her own, and access to knowledge. But all of that is gone now.

How to get involved?

Anyone can become a book fairy! Head down to our shop and get your book fairy stickers as well as the “I Believe in Book Fairies” tote bag that Emma carried in Paris!