On Wednesday 26th July, book fairies across the UK hid copies of a wonderful book, What the Ladybird Heard on Holiday, and here is the experience we had with the book in Cornwall! Carys is our official book fairy there (@bookfairies_cornwall) and she tells us here.

Preparing for the book drop

My book campaign didn’t start like they normally do. It normally involves the books arriving from the publisher or author, wrapping them in ribbon and writing notes for the finders with instructions on what to do with social media when they’ve found it.

For this book though, it was very different. This I’d been planning for a couple of weeks prior to receiving the most colourful children’s books I’ve ever seen, “What the ladybird heard on holiday” by Julia Donaldson and Lydia Monks from Macmillian Kids UK. My excitement was all down to a book drop I’d done on the 8th Of May, in which a lovely little girl found a copy of Winnie the Pooh, which I’d hidden in the Royal Cornwall Hospitals Play garden. 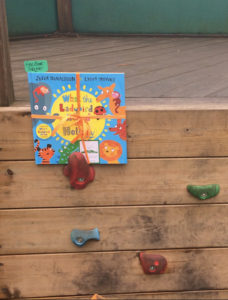 Her mum contacted the book fairies on social media to say she had found the book, also adding that the little girl had cystic fibrosis, and the mum was so grateful to the fairies for putting a smile on her little girl’s face. Thus began my idea for the What the Ladybird Heard campaign in cornwall. A couple of weeks ago I contacted a children’s ward in the Royal Cornwall Hospital to say that I would be receiving 9 beautiful books and would leave them in the play garden for the children to find. I said that they could then would bring down some of the children down from the ward to hunt from the books once I had left, and they could read and share them on the ward.

Although the weather let me down, the plan worked wonderfully. While placing the 9 books in the grounds of the play garden, I met a very upset little girl who was having treatment at the hospital and had come out for a break. She was distressed at having to have more bloods taken… cue the book fairies! Pretending that a book fairy had just handed me a book for me to pass to the little girl, (which the little has actually seen before you know), I managed to persuade the girl that she could have a copy of the book as a reward for being so brave, and she left with a little skip in her step. 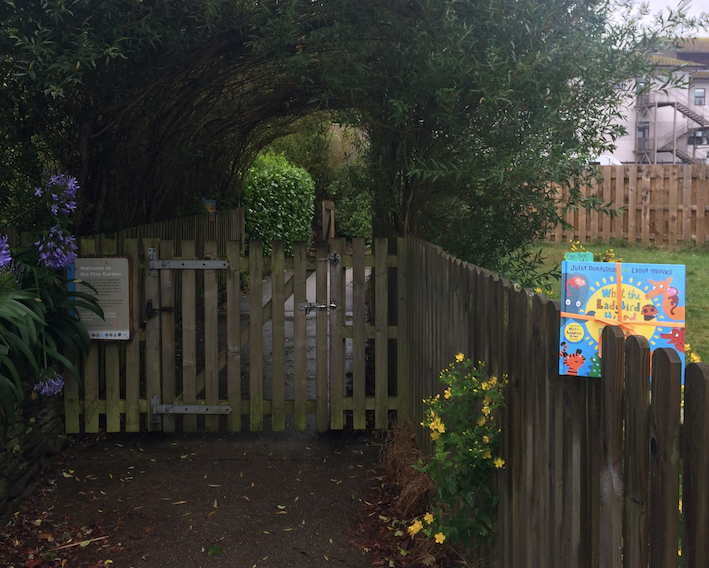 After placing all the books, I went for a drink and went back to have a sneaky peak to see if anybody else had found the books, and came across a lovely family who had just found the book. It was so up lifting. They were discussing within earshot with some others about the books and how amazing they thought the idea was. I’ve since had a message from the family to say how they found the book and enjoyed reading it last night, and will leave it for another person once they’ve finished with it. Just seeing the little girl’s face as she looked at the colourful book was enough to make the day worthwhile.

A message from the children’s hospital

However, this wasn’t the end of this book fairy’s day. I also had a message from the ward to say that the other 7 copies of the book made it back to the ward and would thoroughly be enjoyed by the children and thank you for making things a little bit easier for them. All in all, It was one of the most rewarding days ever.

Want to be a book fairy?

Head to our book fairy goodies shop to get your stickers and get started!