On Saturday 21st October, Book Fairies around the UK and US were absolutely THRILLED about hiding copies of books from the inspiring, adorable and amazing children’s book series, Little People, Big Dreams.

WHAT IS IT ALL ABOUT?

This empowering series celebrates the important life stories of wonderful women of the world. From designers and artists to scientists, all of them went on to achieve incredible things, yet all of them began life as a little child with a dream. Not only do these books share amazing life stories, they are educational and presented in a beautiful way suitable for all ages from young kids to adults. 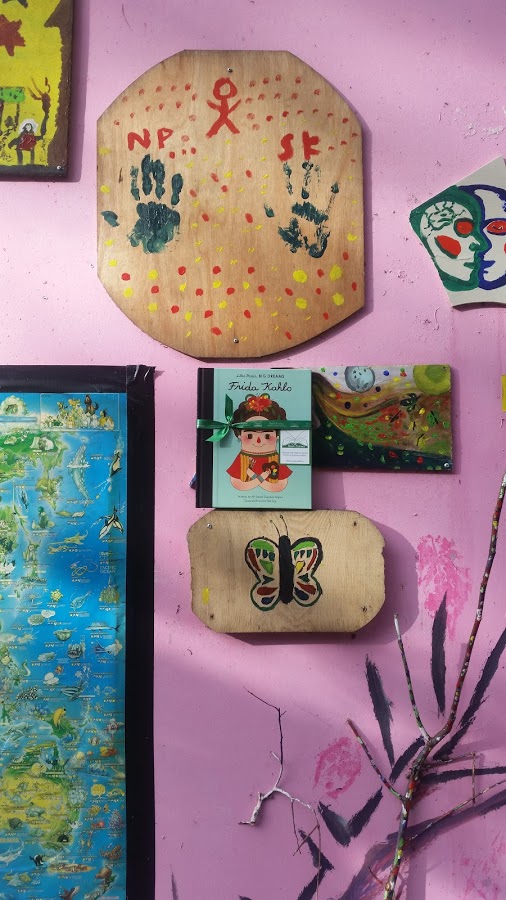 Another #bookfound today at Imagination Station in Tullahoma, TN! About the book: When Amelia Earhart was young, she liked to imagine she could stretch her wings and fly away like a bird. As a grown woman, she set a new female work record for flying up to 14,000 feet. She also flew across the Atlantic and the Pacific oceans, and eventually undertook the most dangerous mission of all: to fly all the way around the world. #ibelieveinbookfairies #flchildren #littlepeoplebigdreams #tennesseebookfairy #bookstagram

One of my favorite parts of that campaign was the kids finding the books. I hid three in a pub, and stayed for food there so saw them being picked up. There was this little girl who found the Agatha Christie book and she was so excited she found it! It was adorable! She took it back to her table and read it with her mum before putting it in her bag.

According to Katie, our book fairy in Texas –

I am a big fan of unique children’s books and loved hiding this series! The illustrations are amazing and the educational aspect of the books made them that much better. I was so excited to get Agatha Christie because she is my all time favorite author. The books were hidden in city centre -an area in Houston, TX where many families frequent. The area is coming back to life after a lot of destruction from Harvey so I’m hoping the books made someone’s day brighter.

About this day, the publisher, Quarto Knows,  was extremely excited –

Thank you ever so much for the wonderful book drops over the weekend. I hope everyone involved enjoyed taking part in it as well.

✨BOOKS FOUND!✨ Emilia and her sister found two books, left by a Pennsylvania Book Fairy, inside their neighborhood’s Little Free Library! The books – Marie Curie and Coco Chanel – are both part of the Little People, Big Dreams series that features women who never gave up on their dreams. We hope you will follow in their footsteps, Emilia! Thanks so much for sharing @jesspgh ?✨#ibelieveinbookfairies #littlepeoplebigdreams #bookdrop #littlefreelibrary #pghreads #pittsburgh #kidsburgh #412 #steelcity

Emmeline Pankhurst
As a child, Emmeline Pankhurst inspired by books about heroes who fought for others. She dedicated her life to fighting from women’s voting rights and, with hard work and great bravery, led a remarkable movement that changed the world.

Agatha Christie
When Agatha Christie was young, she read books every night, but always had her own idea for how they should end! As an adult, her crime novels, with their twists and turns and peculiar detectives, challenged the minds of millions of readers, making her the queen of mystery and the best-selling novelist of all time.

Frida Kahlo
When Frida Kahlo was a teenager, a terrible road accident changed her life forever. Unable to walk, she began painting from her bed. Her self-portraits, which show her pain and grief but also her passion for life and instinct for survival, have made her one of the most famous artists of the twentieth century.

Coco Chanel
Following the death of her mother, Coco Chanel spent her early life in an orphanage, where she was taught how to use a needle and thread. From there, she became a cabaret singer, seamstress, hat-maker and, eventually, one of the most famous fashion designers that has ever lived.

Maya Angelou
Maya Angelou spent much of her childhood in Stamps, Arkansas. After a traumatic event at age eight, she stopped speaking for five years. However, Maya rediscovered her voice through wonderful books, and went on to become one of the world’s most beloved writers and speakers.

Amelia Earhart
When Amelia Earhart was young, she liked to imagine she could stretch her wings and fly away like a bird. As a grown woman, she set a new female work record for flying up to 14,000 feet. She also flew across the Atlantic and the Pacific oceans, and eventually undertook the most dangerous mission of all: to fly all the way around the world.

Marie Curie
When Marie Curie was young, she was unable to attend university because she was a woman. But when she was older, her scientific work was respected around the world. Her discoveries of radium and polonium dramatically helped in the fight against cancer, and she went on the win the Noble Prize for Physics!

Rosa Parks
Rosa Parks grew up in Alabama, where she learned to stand up for herself at an early age. Rosa went on to become a civil rights activist whose courage and dignity sparked the movement that ended segregation. She never stopped working for equal rights.

Audrey Hepburn
Audrey Hepburn grew up in Arnhem in the Netherlands. After living through the hardships of World War Two, she moved to study ballet in London. She went to star in plays and films, eventually becoming one of the most iconic actresses of all time.

HOW TO GET INVOLVED?

If you would like to become a book fairy head over to our shop and order some stickers!