As we celebrate the first birthday of the book fairies, we are hearing stories from around the world about being a book fairy. Today it’s the turn of Marina from Porto, Portugal!

The story of marina in portugal

how i became a book fairy 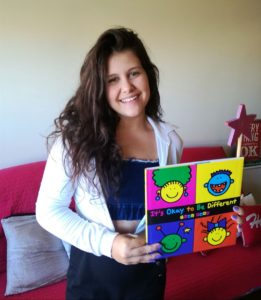 I became an official fairy in August, although I had been talking to Cordelia since June. I first heard about the book fairies on Facebook, through a video of Emma Watson distributing the The Handmaid’s Tale around Paris. Having grown up with parents that are book lovers, I’ve always been obsessed with reading. When I first saw Emma’s video, I knew I had to be involved somehow in the amazing project!

Hiding books is the best feeling in the world. You literally feel like a fairy as you are spreading magic around. A couple of months ago, for the first time, someone reached out to me saying they found a book! She sent me a message through our Facebook page saying that she loved the book and I was ecstatic! Even though I’ve dropped more than 200 books, lots of people don’t reach out. Nevertheless, I always stay behind to make sure the books are picked up and to watch the reaction of the people who find them. People’s reactions are always ones of delight and happiness. I’ve never approached them since we like being anonymous 🙂

a trip to the circus 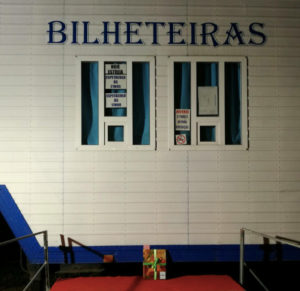 Here’s a little story of one of my best book drops yet: I had a children’s book about circus, and a local circus was doing two shows that week so I decided it would be the perfect location. To be discreet, I waited for the show to start at night to drop the book. Since it was dark I left it somewhere where there was light, which was in front of the box office. As soon as I put it down, I quickly took pictures and moved to hide. A family with a little girl walked by me and I heard that she was saying that she was really sad because they couldn’t all go to the show. When they passed through the box office and saw the book. At first, they looked very skeptical and the older sister went to see if the book was ‘safe’. As soon as she saw it was a free book, the little girl ran up to her and looked so happy. They took the bookmark out (which has explanations about the project) and read it the girl started jumping and hugging the book. My heart was exploding with happiness. It was so wonderful that a fairy could bring happiness to this little girl! Book fairies bring joy and magic into people’s lives, and at that moment I knew that I was blessed to be part of such an amazing project. 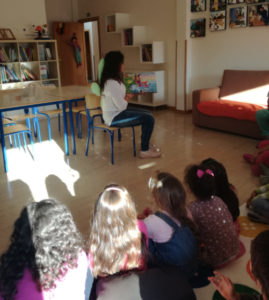 Also, with the Book Fairies and the help of Cordelia, I created a project called “Read With A Fairy”. (read more about this project here) The aim of this project is to bring the passion and joy of reading to everyone. The idea is to read books to other children/older citizens, either in care or social centres and orphanages. As book fairies, our aim is to share books and to bring joy to others through hiding and sharing books, and this is just another way of doing it! Mother Teresa once said something that inspires me to believe that our small actions can help create something bigger: “We know only too well that what we are doing is nothing more than a drop in the ocean. But if the drop were not there, the ocean would be missing something”.

why i love being a book fairy

When people ask me why I love being a Book Fairy I always reply in the same way: I believe that book fairies are extremely important in today’s world because they bring magic. Book fairies spread joy and hope. In today’s world, lots of people are losing their hope and faith in humanity in response to all the bad news that has been going around. But book fairies only want to share love, by sharing books. This hope is also brought by the books. When we read, we dream and are able to live in different realities. By dreaming hope blossoms inside us.

I honestly believe that this movement inspires people to read. Not only, but to share, to be kind and to spread magic. People who pick up the books will definitely want to have a look at the story, even if they aren’t avid readers.

Finally, I would love to share one of my favourite quotes:

“Be the change you wish to see in the world”- Mahatma Gandhi.

The Book Fairies are changing the world: our job isn’t merely to drop books, it’s to bring happiness and magic to thousands of people. My life wouldn’t be the same if I wasn’t a book fairy, which is why I’m extremely grateful for being a part of this incredible community.

You can find Marina on:

Does Marina’s story make you want to share your own books? Head to our shop to grab some stickers (FREE WORLDWIDE DELIVERY – YEP – WE AREN’T JOKING) and get started right away!

One thought on “Book Fairy Birthday Stories: Marina in Portugal”