Some book fairies in the UK were lucky enough to have the chance to hide copies of the amazing Bellevue Square around their home towns today!

Is That You? The Book Fairies hide Bellevue Square

Book Fairies up and down the UK are very excited to be involved with the UK publication launch of a brilliant book… We are leaving copies of an incredible, thrilling, chilling novel – ‘Bellevue Square’ by award winning Canadian author Michael Redhill … all for you to find and enjoy! Michael Redhill was winner of the prestigious Scotiabank Giller Prize 2017 in Canada for this very novel, and one of our book fairies described it as “totally un-put-down-able!” We hope finders enjoy it as much as we did!

A copy was left for a lucky finder at this gorgeous spot in Cornwall: 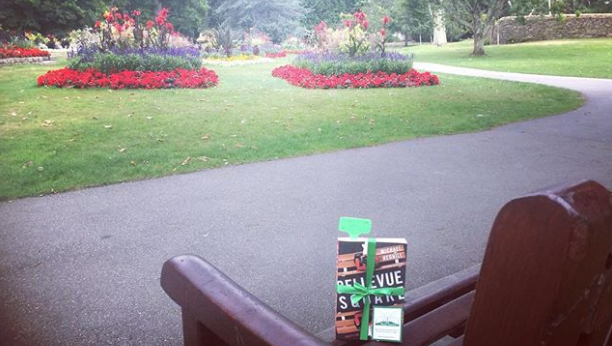 … and another by this lake in Scotland! 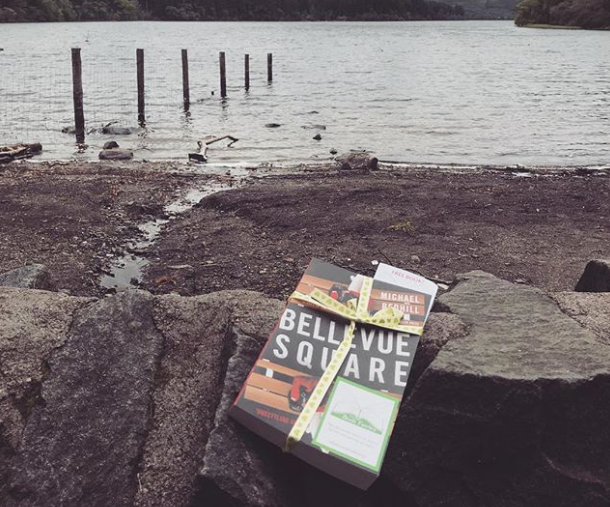 A darkly comic literary thriller about a woman who fears for her sanity–and then her life–when she learns that her doppelganger has appeared in a local park.

Jean Mason has a doppelganger. She’s never seen her, but others swear they have. Apparently, her identical twin hangs out in Kensington Market, where she sometimes buys churros and drags an empty shopping cart down the streets, like she’s looking for something to put in it. Jean’s a grown woman with a husband and two kids, as well as a thriving bookstore in downtown Toronto, and she doesn’t rattle easily–not like she used to. But after two customers insist they’ve seen her double, Jean decides to investigate.

She begins at the crossroads of Kensington Market: a city park called Bellevue Square. Although she sees no one who looks like her, it only takes a few visits to the park for her to become obsessed with the possibility of encountering her twin in the flesh. With the aid of a small army of locals who hang around in the park, she expands her surveillance, making it known she’ll pay for information or sightings. A peculiar collection of drug addicts, scam artists, philanthropists, philosophers and vagrants–the regulars of Bellevue Square–are eager to contribute to Jean’s investigation. But when some of them start disappearing, she fears her alleged double has a sinister agenda. Unless Jean stops her, she and everyone she cares about will face a fate much stranger than death.

Where can I get the book?  You can find it on Hive Books here (we love this site for supporting bookshops and authors) or World of Books as well as all good bookshops 🙂

Thank you from the publishers

Thank you to No Exit Press for getting involved, and for their kind words to the Book Fairies:

“Thank you so much for an absolutely fantastic campaign with Bellevue Square by Michael Redhill! We have been absolutely blown away by the photos, the care, the attention to detail and more importantly the fun that the fairies have had with the book! It has been so wonderful to watch the twitter feed and the Instagram posts. The photos are all so thoughtful and gorgeous and we have a had a huge interest from our followers every time we’ve shared a photo.

Please could you give every member of your team a huge thank you from all of us at No Exit Press. We have loved every second on the campaign. We’ve tried really hard to catch everyone’s post and share but huge apologies if we missed anyone’s.

Thank you so much again – it’s been such a lovely campaign and so lovely to work with you all. It’s been really exciting and hopefully brought the book to lots of new readers. Thanks so much for all your hard work!”

want to GET INVOLVED WITH THE BOOK FAIRIES?

If you work in publishing or film, please get in touch with the team on: bookfairyemail@gmail.com

WANT TO JOIN THE MAGIC AND be a book fairy?

Anyone can be a book fairy! Just head to our goodies page to grab yourself some stickers, get some books together and most importantly… get excited!