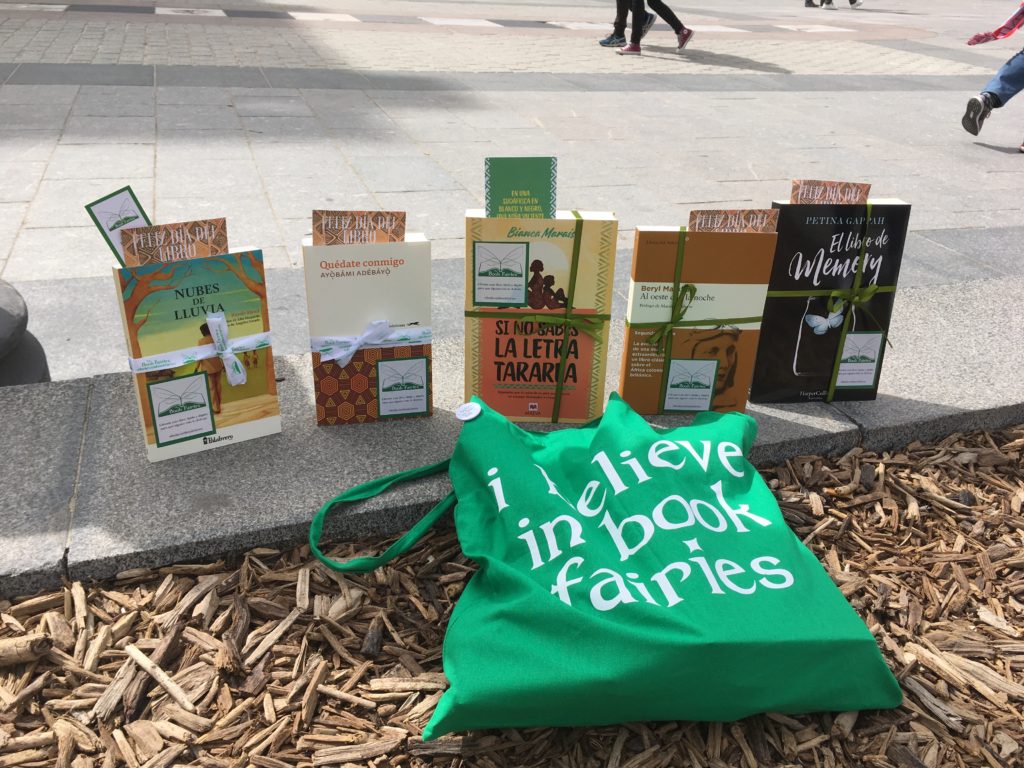 We are sad to announce that our #bookfairiesreadingAfrica event is over… but it has been a success!

Since April 23 is World Book Day, The Book Fairies prepared an event for the days 20, 21 and 22 April, and we hid a huge number of African-themed books. Since Conakry, the capital of the Republic of Guinea, has been named the World Book Capital in 2017, and African-themed literature -and African writers- is on the rise, several publishers donated books related to Africa to flood the city of Madrid. 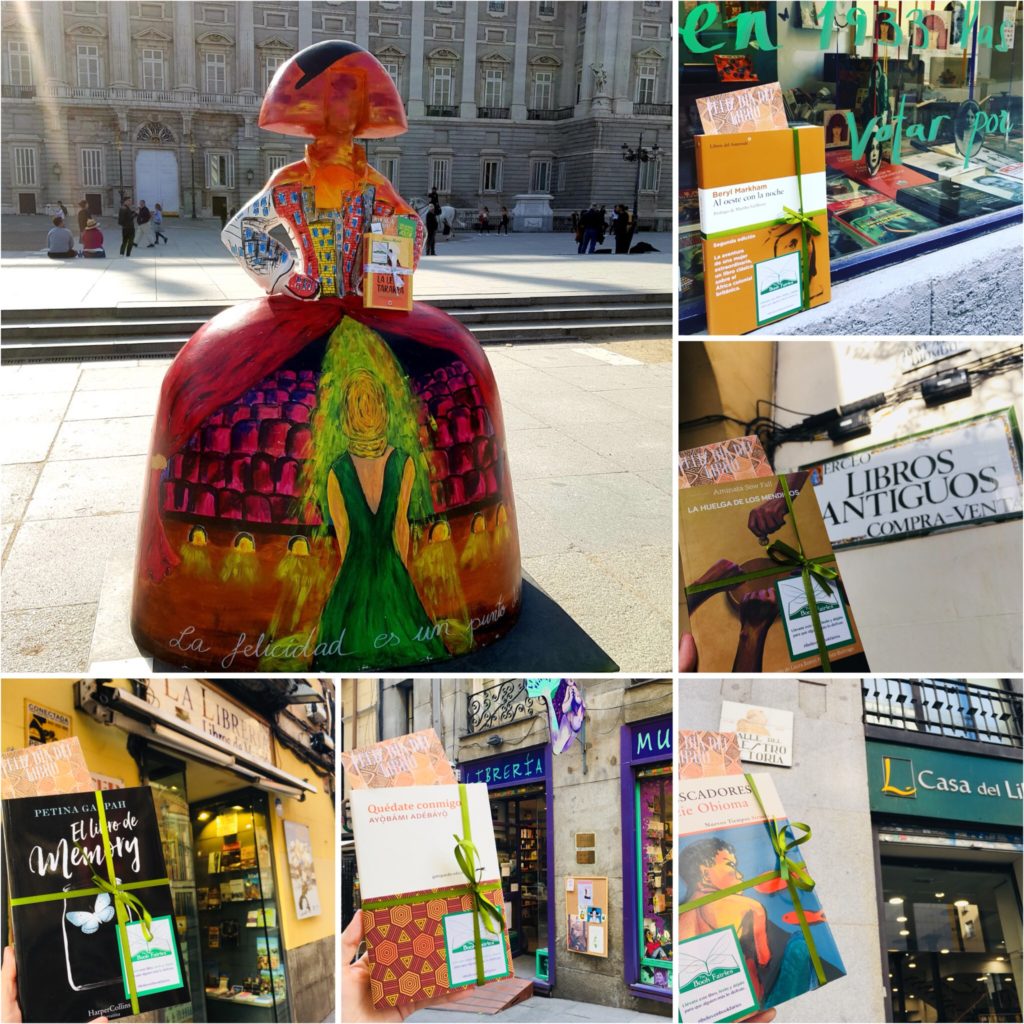 The event began on Friday afternoon, hiding books in the windows of some independent bookstores in Madrid (we also celebrated #bookshopfairies, making visible some indie bookshops!) and in Plaza de Oriente. In addition, the event began in a very special way: the girls from Ediciones Maeva came with us to hide copies of their book Hum if you don’t know the words, from Bianca Marais. 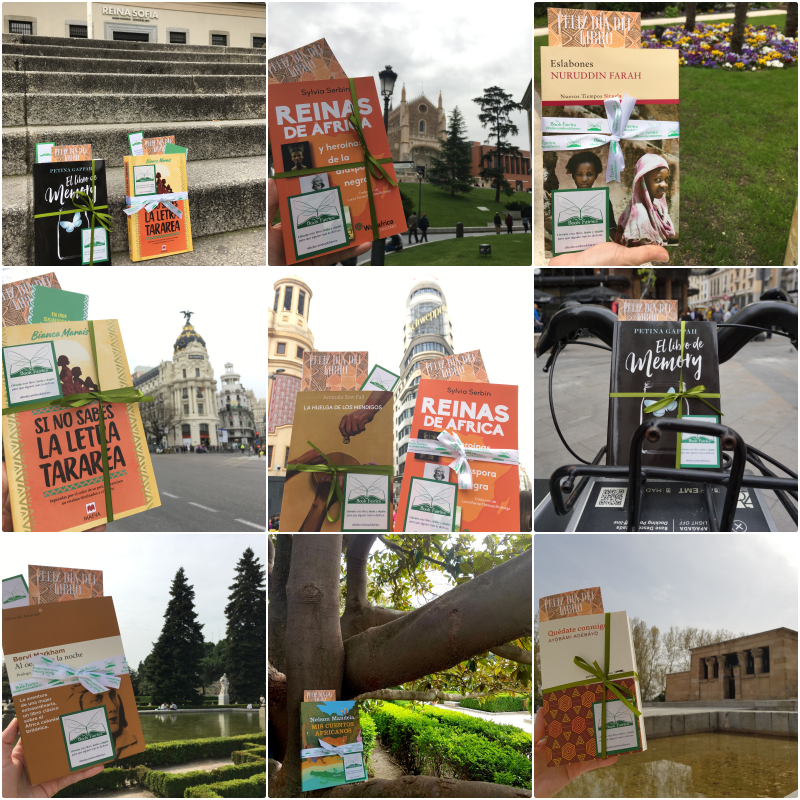 Most of the donated books were hidden on Saturday, more than 40 books hidden this day! Luckily, we had the help of several Book Fairies in the city, who helped us distribute the books in places like Reina Sofía Museum, the terrace of the Thyssen-Bornemisza Museum, Gran Vía, Callao, Palacio Real, and Sabatini Gardens, and ending the tour in the Debod Temple. 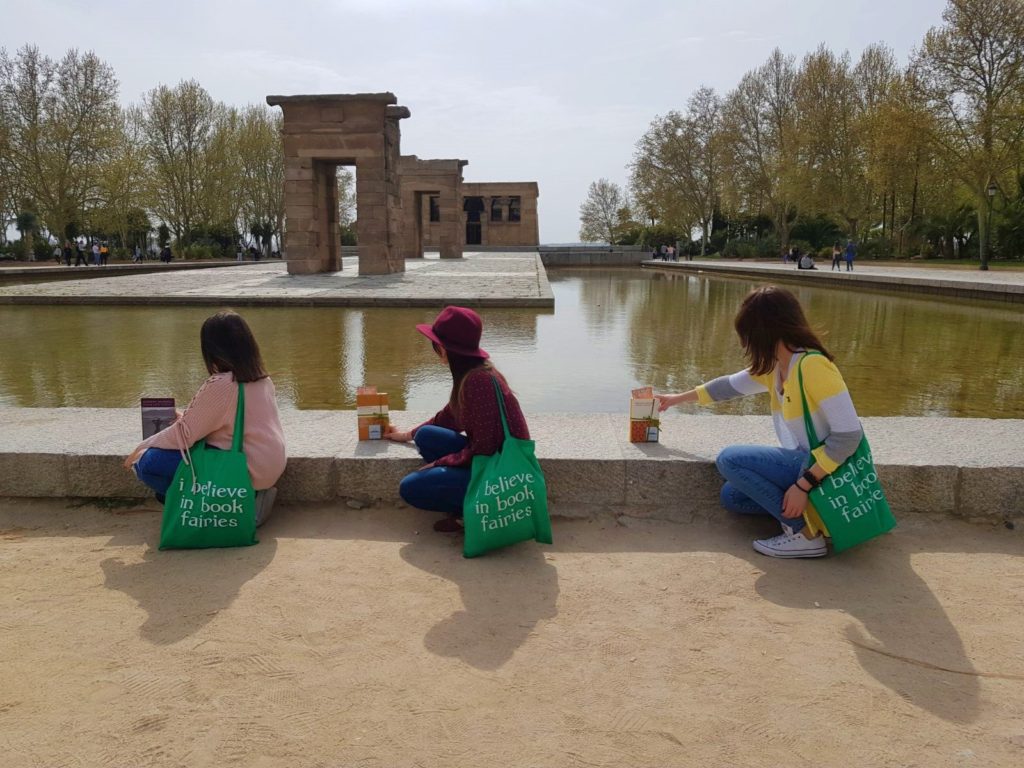 The Debod Temple is a building of ancient Egypt currently located in Madrid. It was a gift from Egypt to Spain in compensation for the Spanish aid to save the temples of Nubia, mainly Abu Simbel, in danger of disappearing due to the construction of the dam of Aswan. Debod Temple is the perfect connection between Madrid and Africa, and around ten books were hidden there and found immediately. 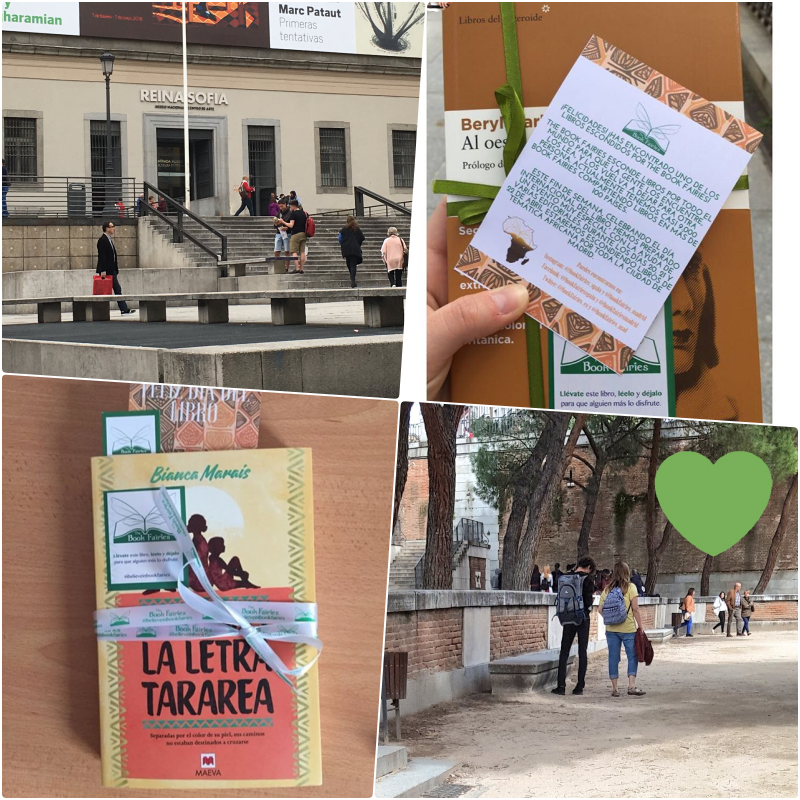 Luckily, we have received many messages and pics of the lucky people who have found the books that were hidden, we want to wish them a happy reading! 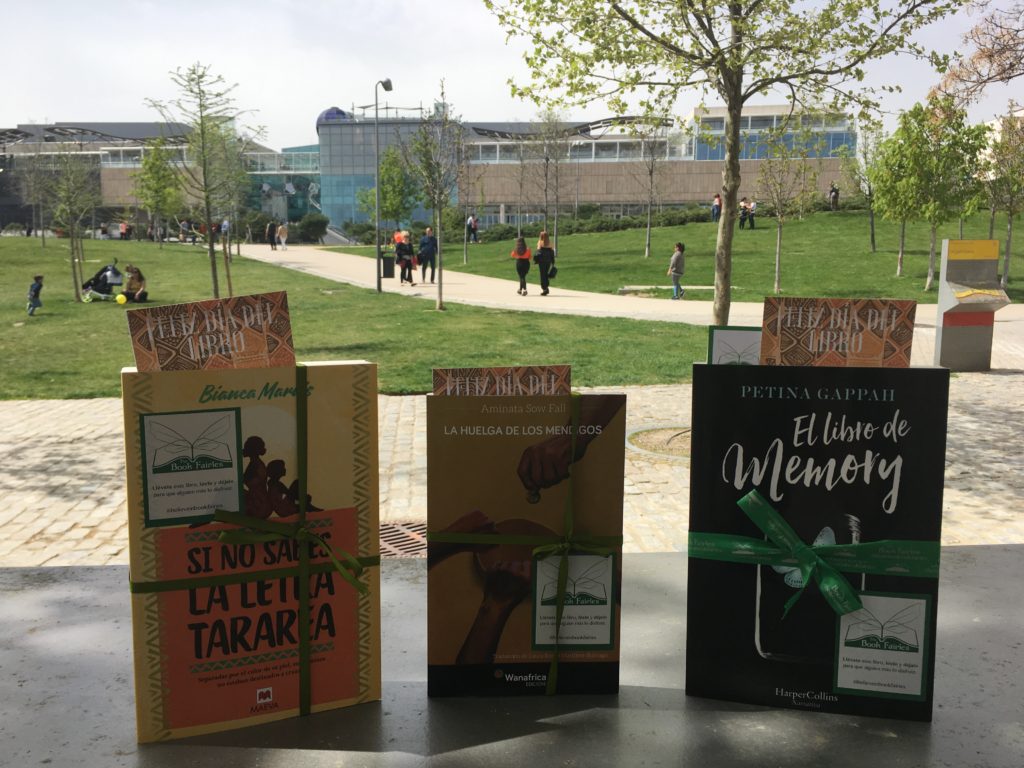 In the end, on Sunday morning we finished the event by hiding the last books in the green areas of Madrid Río.

If you want to see all the pics of the event look for the hashtag #bookfairiesreadingAfrica in our social networks.

(*) To see all the books that were hidden, click HERE.