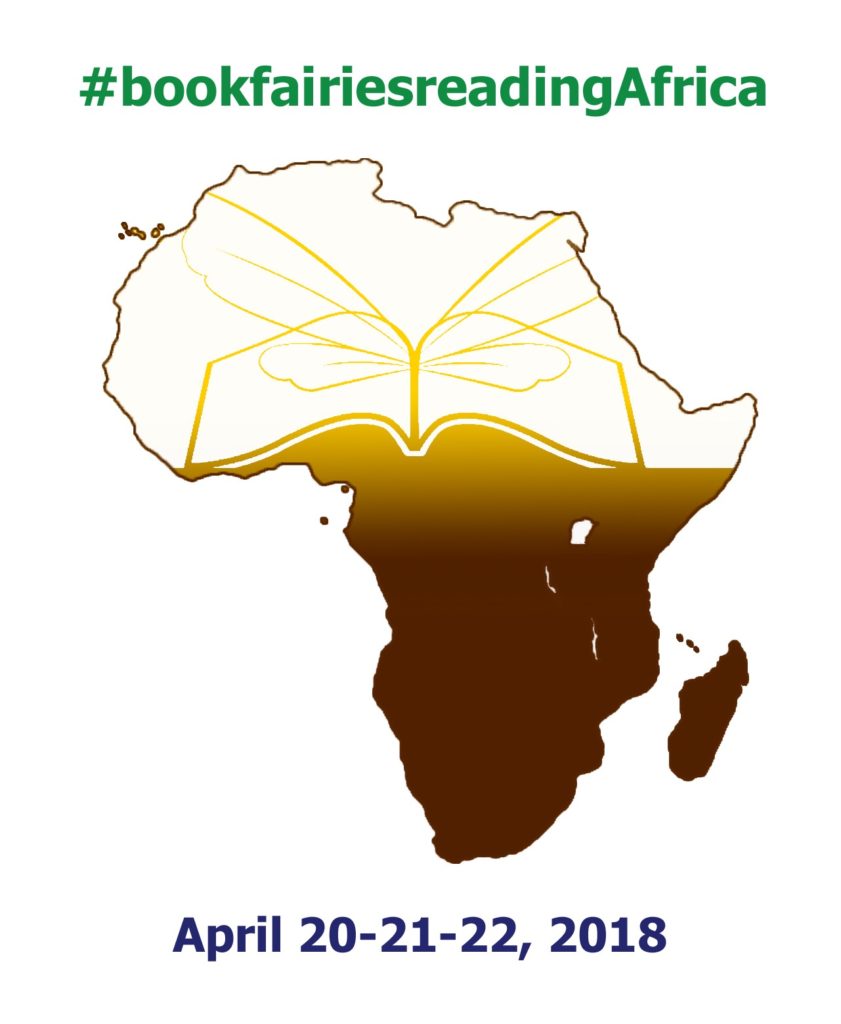 Since April 23 is World Book Day, The Book Fairies has prepared an event for the days 20, 21 and 22 April, and we will hide a huge number of African-themed books. Since Conakry, the capital of the Republic of Guinea, has been named the World Book Capital in 2017, and African-themed literature -and African writers- is on the rise, there will be several publishers donating books related to Africa for flood the city of Madrid. 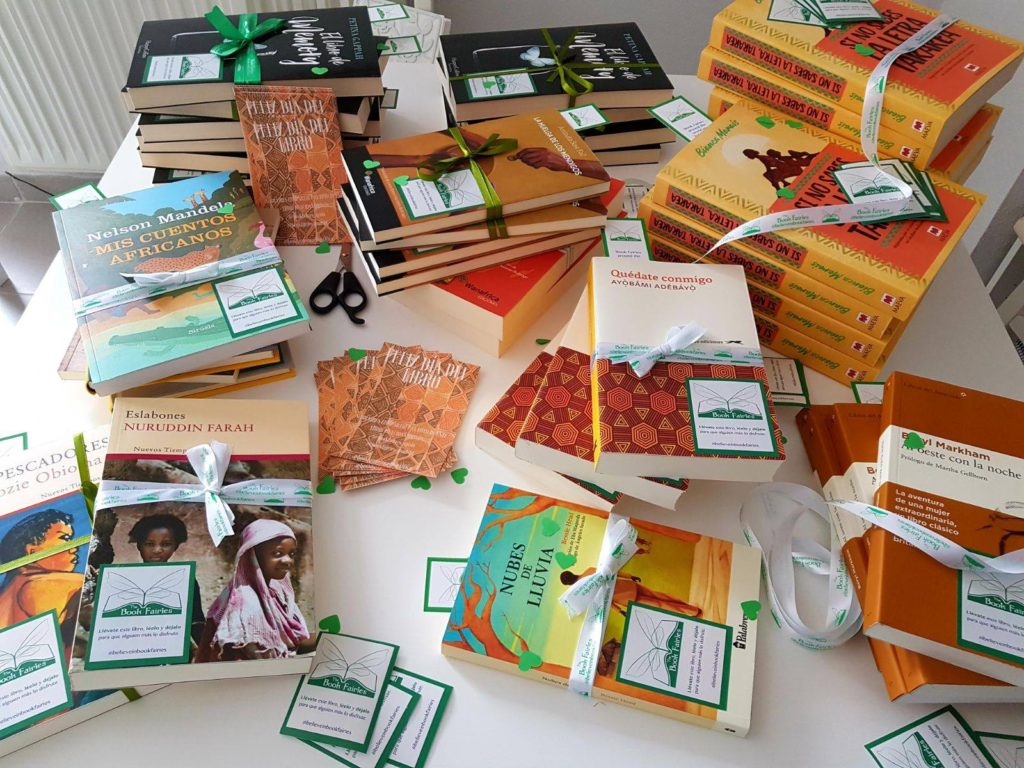 The Book Fairies of Spain have joined forces to celebrate this special event, preparing more than 50 books that will be hidden during a whole weekend.

Below you will find the routes that these Book Fairies will make, and the places where they will hide the books. Will you find one? 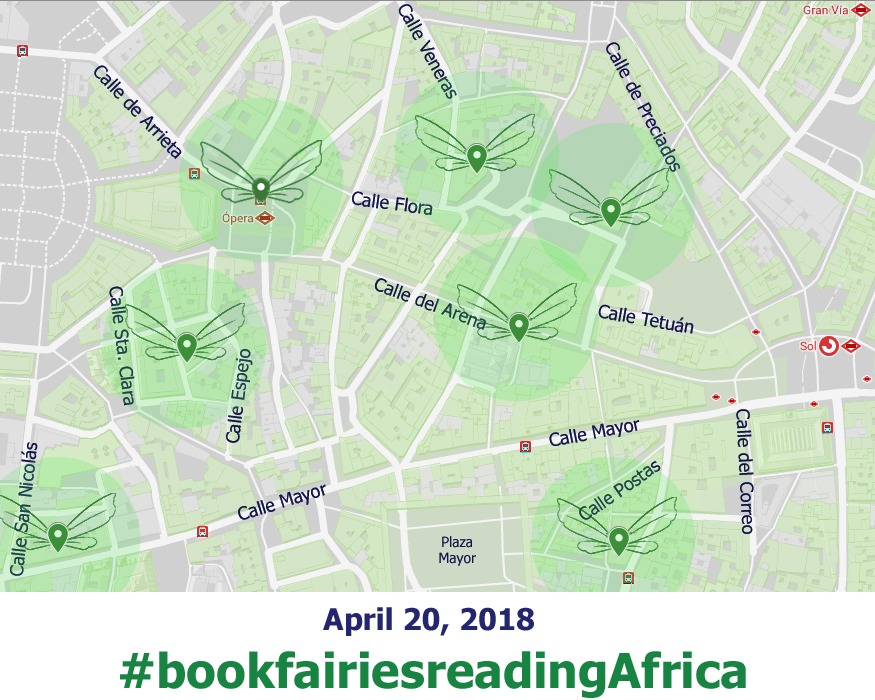 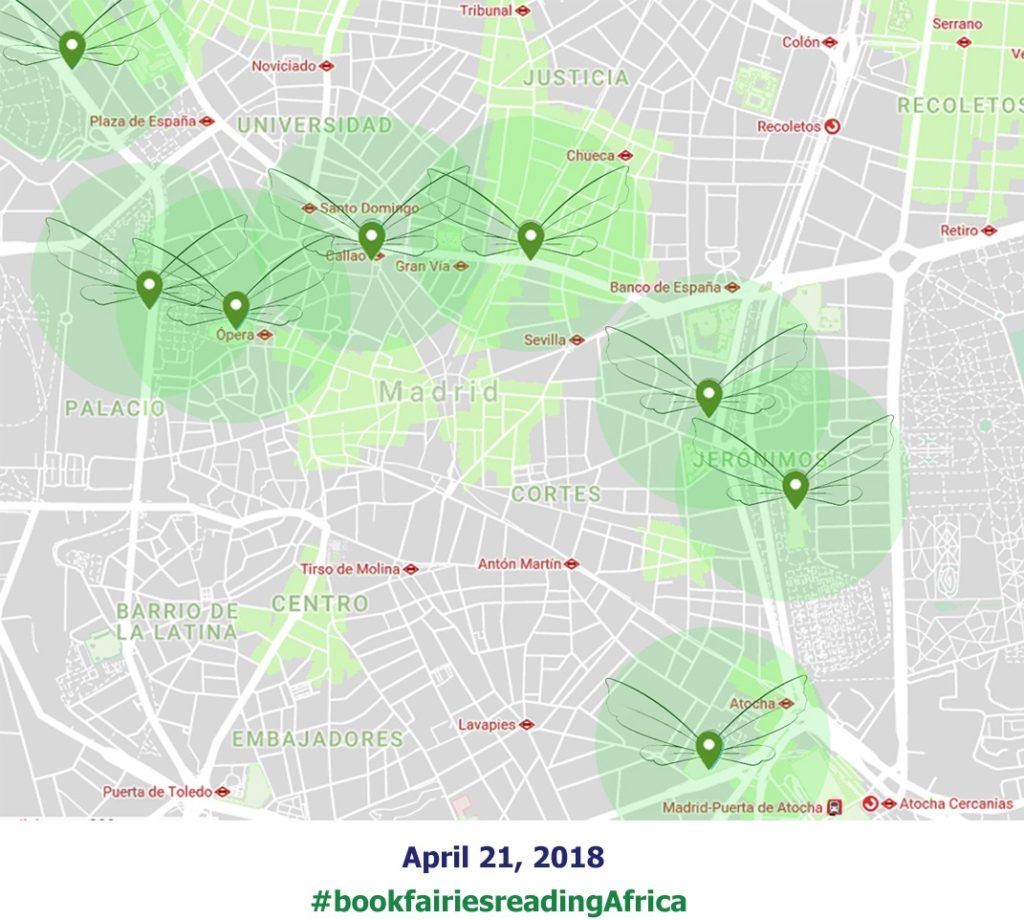 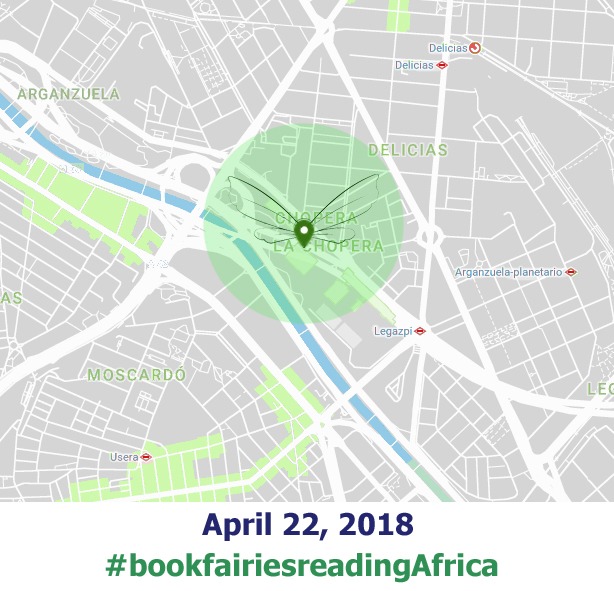 Hum If You Don’t Know the Words, by Bianca Marais. Edited by Ediciones Maeva.

Life under Apartheid has created a secure future for Robin Conrad, a nine-year-old white girl living with her parents in 1970s Johannesburg. In the same nation, but worlds apart, Beauty Mbali, a Xhosa woman in a rural village in the Bantu homeland of the Transkei, struggles to raise her children alone after her husband’s death. Their meeting should never have occurred…until The Soweto Uprising, in which a protest by black students ignites racial conflict, alters the fault lines on which their society is built, leaving Robin’s parents dead and Beauty’s daughter missing.

In the aftermath, Beauty is hired to care for Robin, and the two forge an inextricable bond through their deep personal losses. But Robin knows that if Beauty reunites with her daughter, Robin could lose her new caretaker forever, so she makes a desperate decision with devastating consequences.

The Book of Memory, by Petina Gappah. Edited by HarperCollins.

Memory is an albino woman languishing in Chikurubi Maximum Security Prison in Harare, Zimbabwe, where she has been convicted of murder. As part of her appeal, her lawyer insists that she write down what happened as she remembers it. As her story unfolds, Memory reveals that she has been tried and convicted for the murder of Lloyd Hendricks, her adopted father. But who was Lloyd Hendricks? Why does Memory feel no remorse for his death? And did everything happen exactly as she remembers?

West with the night, by Beryl Markham. Edited by Libros del Asteroide.

West with the Night is the story of Beryl Markham–aviator, racehorse trainer, beauty–and her life in the Kenya of the 1920s and ’30s.

Yejide and Akin have been married since they met and fell in love at university. Though many expected Akin to take several wives, he and Yejide have always agreed: polygamy is not for them. But four years into their marriage–after consulting fertility doctors and healers, trying strange teas and unlikely cures–Yejide is still not pregnant. She assumes she still has time–until her family arrives on her doorstep with a young woman they introduce as Akin’s second wife. Furious, shocked, and livid with jealousy, Yejide knows the only way to save her marriage is to get pregnant, which, finally, she does, but at a cost far greater than she could have dared to imagine. An electrifying novel of enormous emotional power, Stay With Me asks how much we can sacrifice for the sake of family.

The sight of disease-ridden beggars in the streets is giving the town a bad name, and the tourists are starting to stay away. If the Director of Public Health and Hygiene can get rid of them he will have done a great service to the health and economy of the nation – not to mention his own promotion prospects. A plan of military precision is put into action to rid the streets of these verminous scroungers. But the beggars are organized, too.

Queens of Africa and the heroines of the African Diaspora, by Sylvia Serbin. Editado por Wanafrica Ediciones.

Queens of Africa, there is no black heroine recognized by universal history. From this observation, Sylvia Serbin has become interested in the female figures that have marked the history of Africa and its diaspora, from Antiquity to the beginning of the 20th century. Queen Pokú (Ivory Coast),  Soledad (Guadalupe), Ranavalona III (Madagascar), Madame Tinubu (Nigeria), the Amazons of Dahomey, Harriet Tubman (United States), the Venus Hottentot (South Africa): twenty-two portraits in total of influential women, resistant, prophetesses, warriors, victims or mothers of heroes, most of them unknown to the general public.

In these beloved stories we meet a Kenyan lion named Simba, a snake with seven heads, and tricksters from Zulu folklore; we hear the voices of the scheming hyena, and we learn from a Khoi fable how animals acquired their tails and horns. Creation myths tell us how the land, its animals, and its people all came into existence under a punishing sun or against the backdrop of a spectacularly beautiful mountain landscape. Whether warning children about the dangers of disobedience or demonstrating that the underdog can, and often does, win, these stories, through their depiction of wise animals as well as evil monsters, are universal in their portrayal of humanity, beasts, and the mystical. Translated from their original languages—Karanga, Nguni, Xhosa, and many others—these folktales are a testament to the craft of storytelling and the power of myth.

The fishermen, by Chigozie Obioma. Edited by Ediciones Siruela.

Told by nine-year-old Benjamin, the youngest of four brothers, THE FISHERMEN is the Cain and Abel-esque story of a childhood in Nigeria, in the small town of Akure. When their father has to travel to a distant city for work, the brothers take advantage of his absence to skip school and go fishing. At the forbidden nearby river, they meet a madman who persuades the oldest of the boys that he is destined to be killed by one of his siblings. What happens next is an almost mythic event whose impact-both tragic and redemptive-will transcend the lives and imaginations of the book’s characters and readers. Dazzling and viscerally powerful, THE FISHERMEN is an essential novel about Africa, seen through the prism of one family’s destiny.

Secrets in the fire, by Henning Mankell. Edited by Ediciones Siruela.

It is the wise old woman of the village who teaches young Sofia about the secrets in the fire. Within the flames hide all things past and all things yet to be. But not even old Muazena can see the horrors the fire holds for Sofia and her family—not the murderous bandits who drive them from their home, and not the landmine that takes Sofia’s legs. In her long journey toward recovery, Sofia must still deal with growing up. Along the way, she discovers friends, and foes, in places she’d never expected. Through it all, Sofia draws on a strength she never knew she had, a fire of her own that’s been a secret all along. In beautifully spare, unsentimental language, Henning Mankell’s stunning novel puts a very human face on the suffering in Africa.

The fury in the fire, by Henning Mankell. Edited by Ediciones Siruela.

Sofia lives in a village in Mozambique and is expecting her third child. Her beloved Armando works in the city and comes home on Saturdays. Life is hard, but things become much worse when, one weekend, Armando does not return. With the new baby on her back, Sofia makes her way to town, but when she discovers what Armando is doing, the very foundation of her being is shaken. Her determination to keep her own life together propels Armando into acts of desperation. The Fury in the Fire is a powerful, compelling story of love, betrayal and the courage of a young woman who finds the strength to overcome poverty and disaster. It follows Henning Mankell’s two unforgettable novels about Sofia: Secrets in the Fire and Playing with Fire.

Playing with fire, by Henning Mankell. Edited by Ediciones Siruela.

Sofia lost her legs in a landmine accident, but now she’s growing up and is ready to fall in love. Her older sister is beautiful and loves dancing, but how will Sofia get anyone to notice her?

Jeebleh is returning to Mogadiscio, Somalia, for the first time in twenty years. But this is not a nostalgia trip–his last residence there was a jail cell. And who could feel nostalgic for a city like this? U.S. troops have come and gone, and the decimated city is ruled by clan warlords and patrolled by qaat-chewing gangs who shoot civilians to relieve their adolescent boredom. Diverted in his pilgrimage to visit his mother’s grave, Jeebleh is asked to investigate the abduction of the young daughter of one of his closest friend’s family. But he learns quickly that any act in this city, particularly an act of justice, is much more complicated than he might have imagined.

A poverty-stricken village in the heart of rural Botswana is a haven to the exiles gathered there. When a political refugee from South Africa joins forces with an English agricultural expert, the time-honoured subsistence-farming method and old ways of life are challenged.